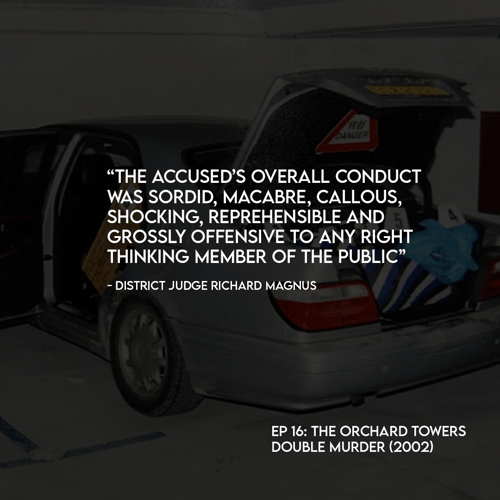 Michael McCrea was once known as 'Nottingham's Million Pound man' - he was an Englishman that made his money in Financial Services.

The two were truly peas in a pod - Nai Guan, or 'Ah Guan' as Michael called him, would attend business dinners and parties with him. They even lived in the same apartment.

Both of them also had a penchant of cheating on their wives with much, much younger women...

The dynamic duo lived an idyllic life until 2nd February 2002, the day after New Year's - an event that would lead to Nai Guan stuffed into a wicker basket in the backseat of the very car that he used to drive.

A car abandoned on the 7th floor car park of Orchard Towers...