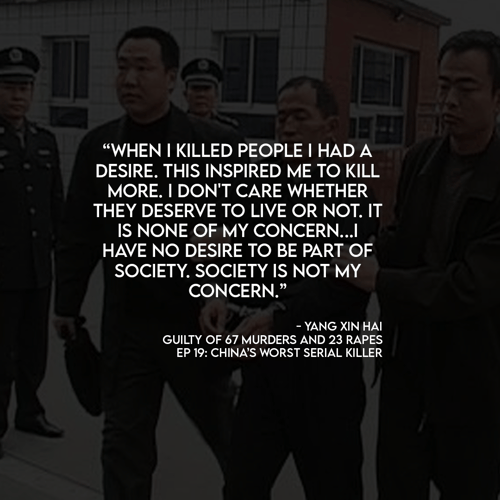 Between 2000 and 2003, he murdered farmers, married couples, and even entire families. He was China's and possibly the whole of Asia's worst-ever serial killer.

He was eventually caught on 3rd November 2003 during a routine venue inspection and executed on Valentine's Day, 2004...

My chinese is honestly terrible, I failed my A'level chinese and I felt pretty paiseh to ask for help on translations for this one. Also, I really couldn't find more than a couple of brief articles so this one needed a really deep dive.

On a happier note, we have one of my favorite guests, Justin Bing Qi Ling, starring in this episode!!

EP 35: The Femme Fatale - Did She Manipulate Men to Murder?