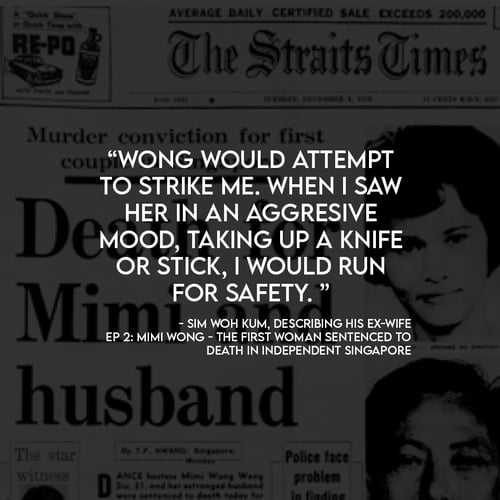 Mimi had been Hiroshi Watanabe's 小三 for three years while he worked on a land reclamation project in Singapore. She had met him while working as a dance hostess. She too, was married, but often brought her boyfriends home to the chagrin of her husband (with whom she had two sons).

The affair took a pause when Mimi fell in love with a HongKong businessman and followed him there - even so, she kept sending letters to Hiroshi. This particular relationship ended when she became pregnant and returned to Singapore.

Three days before Christmas 1969, Ayako Wantanabe arrived in Singapore with the Wantanabe's three children. Worried that the arrival of his wife would mean the end of their relationship, Mimi killed Ayako at the Watanabe's semi-detached family home on Jalan Seaview..