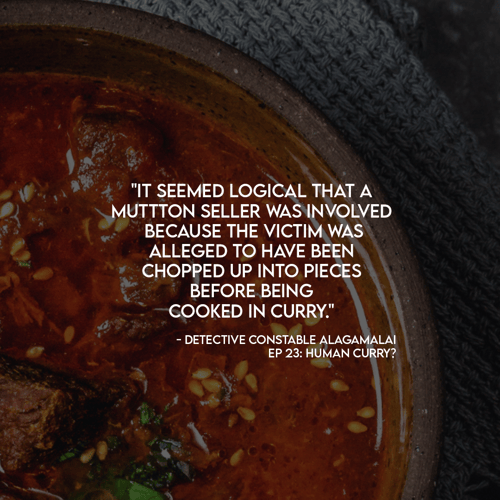 In 1987, the police received a tip that Ayakanno Marimuthu had been killed and cooked into curry with rice.

His wife and her three brothers.

It was reported that Ayakanno had a temper, that he was drunk and violent.

Nothing was ever found - not his body, not a murder weapon, not the alleged cooking pot...

This case had its moment - I remember hearing about it in secondary school. Before I researched this case, I thought that the accusation was that the curry was sold/distrubuted, which was terrifying because I really like curry.

But it's pretty smart, because with some curries you can't really see what the meat is, only that it's delicious, delicious stewed mush.

Right now, my favorite lunch is the curry chicken with rice from Toastbox.