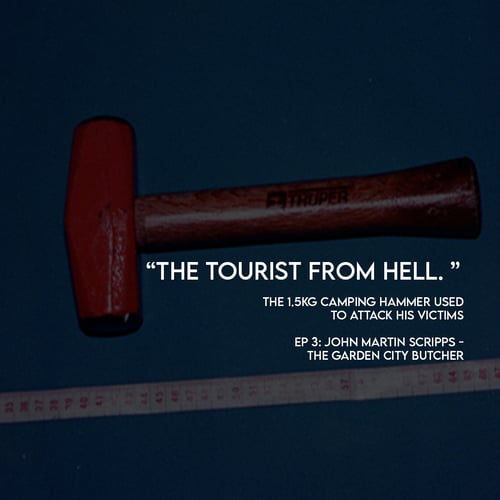 John Martin Scripps was the tourist from hell. He was an Englishman and spree killer who was sentenced to death on 19 April 1996. The Briton travelled around the world, with suspected killings in San Francisco,  Mexico and Belize as well as confirmed killings in Patong, Thailand and in Singapore.

He'd pose as a tourist and befriend his victims, finding some reason to stay in the same hotel or to share a room with them. John would strike, clubbing them with his hammer  before butchering them up in the bathroom.

He was caught in Singapore and was the first Briton to be given the death penalty since Singapore's independence.