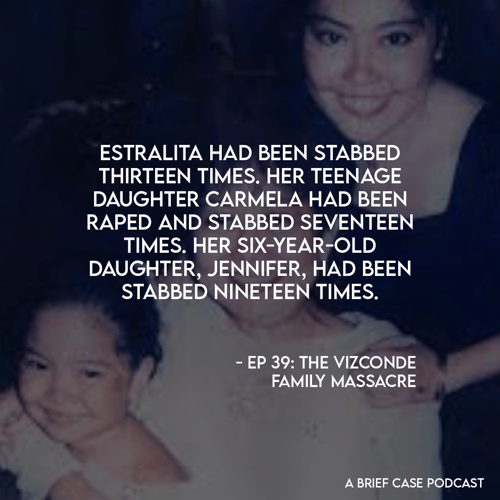 It was a triple homicide in the gated community of BF Homes, Paranaque, Philippines.

On 30th June 1991, 49-year-old Estralita Vizcone, 19-year-old Maria Carmela Vizconde, and 6-year-old Jennifer Vizconde were brutally murdered in their own home. In total, the family suffered about 49 stab wounds, their house was drenched in blood. Carmela had also been raped.

Hubert Webb, the privileged son of former Philippine senator Freddie Webb. But, that he was supposedly a continent away, in America on the day of the massacre...

EP 21: He Kept a Vagina in Tupperware